Mr. President, I have a couple of questions… 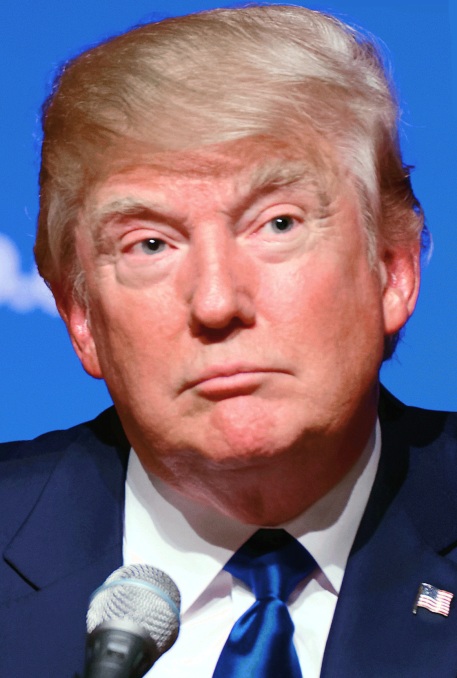 The best entertainment these days are White House briefings. Especially when the President is involved, and since he likes the spotlight, that has been often lately.

Yet what should be a time when important questions, ones that we all have should be asked, the press corps usually asks questions of the Gotcha nature. It makes for great drama, intrigue, and even comedy sometimes.

If the majority of the press corps can’t walk away from the briefings without making the President look bad? Well they’ve had a bad day. Usually the President wittingly or unwittingly plays along with them.

This really isn’t new, the press corps have always gone after Presidents with gotcha questions, or ask absurd questions to spark an angry response. The real fun is that Trump takes the bait more than his predecessors did. Honestly I think he enjoys it, like wrestling with a pig in the mud, the press hasn’t yet learned that the President enjoys it.

But what of us? Those who want serious answers to serious questions? Are we stuck watching this ‘poop-show’ and have to fend for ourselves afterwards? Finding crumbs of information on secondary media sites? Seems so, for the majority of the press corps, and media at large, they only want to put their spin on these briefings, ignoring any semblance of substance.

Wouldn’t it at least serve us better if they asked what was really on their minds? :

“Mr. President, two aides in the White House have tested positive for Covid-19. Wouldn’t it serve the country better if both you sir, and Vice President Pence resign and let Speaker Pelosi take over?”

“And a follow up sir, would you be willing to install a wet bar in the Oval Office for President Pelosi?”

“Mr. President, since your response to the Covid-19 pandemic has been abysmal, would you be willing to concede the election and just let Joe Biden win? Provided he can find his way out of his basement?”

“And a follow up sir, can Mr. Biden, provide he can’t find his way out of the basement, be allowed to make his basement the new Oval Office?”

“Mr. President, can you just admit you are a racist? Trying to paint you as one is getting tiring.”

“Mr. President, why do you pronounce China as Chi-Na?”

“And a follow up sir, is it true you are jealous of China’s Big Beautiful wall?”

“Mr. President, how exactly do you take orders from President Putin? Does he call you? Email? or do you communicate via Snapchat?”

“Mr. President, we know the Coronavirus originated in Hubei province of China, not far from the Wuhan Virology laboratory. With the Chinese government not being forthcoming in the matter, do you think they purposely let the virus spread?”

Oh, well yeah. That wasn’t a funny was it? But it was a serious question that needs to be answered. Not so much to let us know if that is the case, but if that is the way the President is thinking.

Because in these perilous times, that question needs to be known. That, and a host of other serious questions to let us really know how the President is addressing this pandemic. The Poop Show press briefings need to end, and the media needs to get on the ball. If not? Those secondary media sites will overtake them, and their relevancy in American Culture will vanish.

[The opinions in this Blog come from the warped mind of the author. The same place where stupid questions directed at the President come from. Proper precautions were taken in writing this jocular opinion piece. I wore a mask, gloves, and a ratty old Michigan State hat. My computer has not been practicing social distancing.]