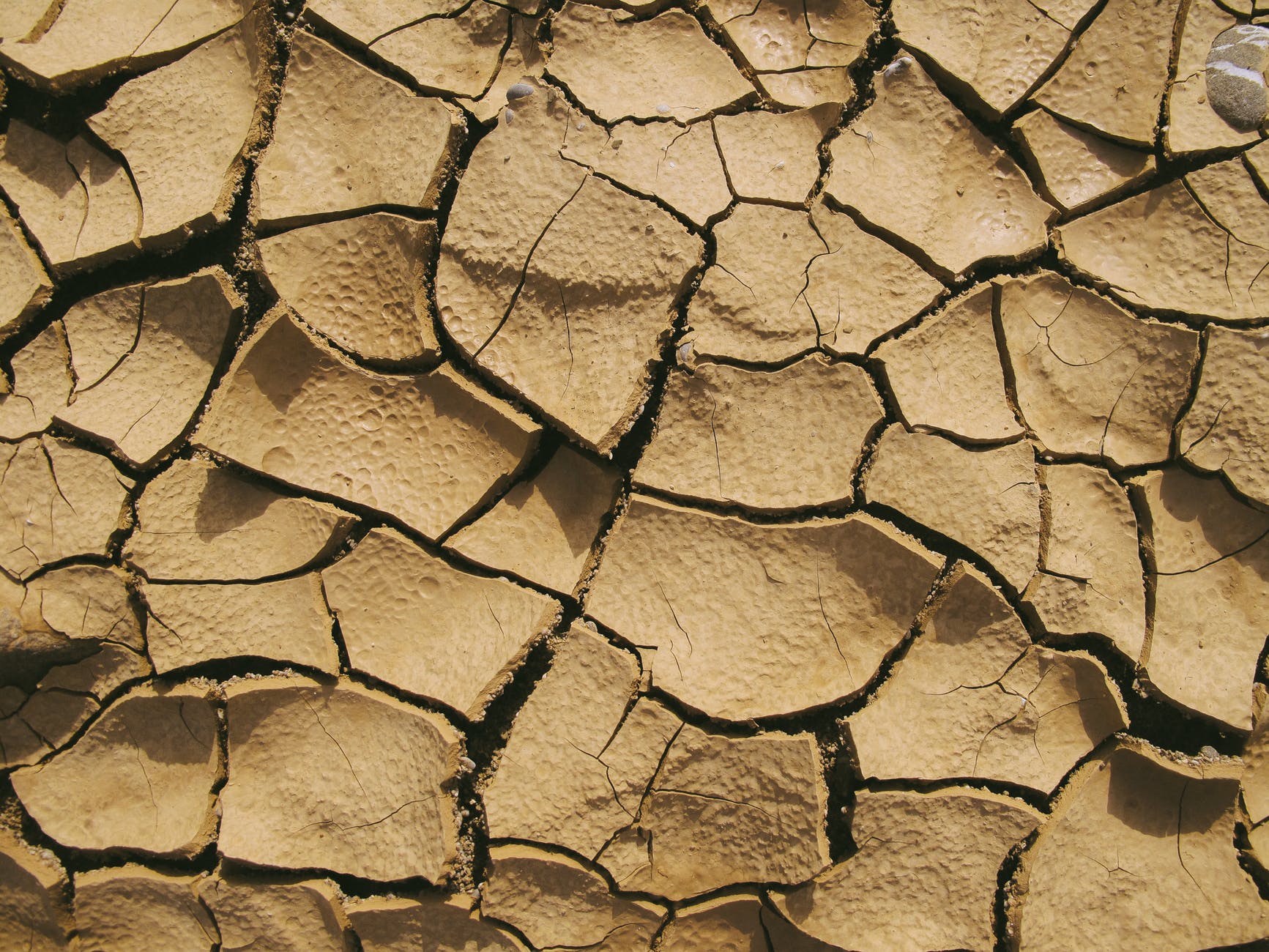 A photo of a dry lake bed, which may be coming to a backyard near you. / Photo by Francesco Ungaro on Pexels.com

Did you hear the news? One million species are going to go extinct soon. All this because of some bipedal ape. Of course they will have to hurry, we only have 12 years left according to Alexandria Ocasio-Cortez, the freshman Congresswoman from New York.

Then again, Robert Francis “Beto” O’Rourke, a former Congressman from Texas, and is now a Presidential candidate for the Democratic ticket in the 2020 election, says we have 10 years left.

I am anxiously await for 8 years left.

Of course this mass extinction, and the subsequent fall of the bipedal apes is all caused by Climate Change. Formally known as Global Warming. Formally known as Runaway Green House Effect. And it is after us like a zombie that smells fresh brains.

Climate Change, to use the current moniker, is all the rage these days. The cause celebre of Hollywood, University Students, the Ecologically concerned millennial masses, and the Democratic Party. Not really a big thing on the Republican side. They keep missing the memo or something.

The best part of Climate Change discussion are those who doubt it. Or even question parts of the Science behind it. They are labeled Deniers. To even suggest that Climate Change is not a crisis is tantamount to heresy. It goes like this:

Denier: Um, yeah I am sure we contribute, but is going back to the stone age for technology really the best solution?

Climate Alarmist: (points a finger at Denier) Witch! Burn him!

2nd Climate Alarmist: Oh, no, we shouldn’t. Just think of all the carbon we’ll be putting in the air! Let’s bury him at sea.

Denier: Guys? I was just suggesting that maybe we could cut emissions without destroying civilization in the process.

All Climate Alarmist: Burn him!

Of course there are real Deniers. Those who steadfast believe that all that is happening, the rise in Carbon Dioxide, the overall warming of the Earth’s atmosphere, the acidification of the Oceans is just a natural occurrence. Or caused by sunspots. Something of the sort.

These Deniers fuel those on the Climate Change Alarmist side. The flip side of Deniers. Those, like AOC and Beto who say the End of The World draws Nigh. While they may be correct, and the World may end in 12, 10 or can I hear 8? years from now. The likelihood that Climate Change will be the culprit? Hardly. A big frigging rock from space has a better chance than Climate Change of ending the world.

While the True Deniers are annoying, and make you frown deeply in conversations with them. They do little harm. Most Deniers are not telling you the sky is falling and you need to sacrifice to the whimsical Gods of Climate Change. Completely change your lifestyle for something that is more out of our control than Climate Change Alarmist are willing to admit. Because if we only have 12, 10 years to the tipping point? There is not a damn thing we can do.

And this is the crux of the matter with Climate Change Alarmist. They scream at the top of their lungs the sky is falling, or yell wolf! so often that they have become background noise. Their only solution to Climate Change is YOU. You need to stop producing all that Carbon. You need to quit eating meat, drive electric cars, use solar, wind, wave, and hydrogen for power, to reverse this crisis before it is too late.

Memo to Climate Change Alarmist: It is already too late.

Climate Change, or Anthropological Greenhouse Gases Emissions (you know, to be accurate) is real, it is here, it is far more complex than rising Carbon Dioxide levels, and is not going anywhere soon. If we stopped every emission of greenhouse gases today? We would still be looking at a changing climate for the next 100 plus years or so. Probably the ‘or so’.

Climate Change Alarmist do nothing to solve the problem by gnashing their teeth, shrieking at the sky, and calling people stupid. They offer nothing in going forward in a warmer world. They repeat, like a mantra, that the sea levels are rising and droughts are coming. And that the only way we can stop this? Is by you giving up everything that makes life easier on you. Because the Stone Age? really wasn’t that bad now was it?

Oh, and they do this from their neat little handheld digital devices, that are made up of rare earth elements, that had to be scoured from the earth with Climate Changing machinery.

This is the real Inconvenient Truth about Climate Change Alarmist: They bring nothing to the table.

The Science is not settled. It is ongoing. Those who study Climate Change and not wholly depending on producing results that gives them more funding to produce the same results, know this.

These are the people who will tell you: Carbon Dioxide levels? Sure, but have you seen the Methane levels? Oh, and what about the decreasing Oxygen levels?  These are the scientist that look into all aspects of Climate Change, who truly wonder what is going on. They are the ones who know that while mankind has kickstarted the current Global Warming, that other factors are now in play. They know that disrupted cycles have a habit of feeding on themselves and what we started? We will not be able to end.

They also know we have to prepare for the future. And that for all of our knowledge? There is so much more to learn. That Climate Change science is a new field, and like all new fields of study, there is much to be learned, to be studied, and not draw half-ass conclusions. They are doing their best to leave politics out of it all, even though that is a tough row to hoe.

Because the Climate Change Alarmist? It is all about the political aspect of Climate Change. They worry less about Climate Change than saying We have 12 years left. They don’t look to a future and say, let’s plan. Let’s use more GMO crops to offset human needs. Let’s work with current technology to make it cleaner. Because if they did? You wouldn’t worry so much. You would feel secure, and vote on other issues. They call it Settled, because if they is more to learn? We just may learn that we really can’t stop the Climate train wreck heading our way, and they would become irrelevant.

And wouldn’t that be an Inconvenient Truth?

[The Opinions expressed in this blog are of the authors warped imagination. Although he is a proponent of the Scientific Method, he is a radical denier of the Flat Earth hypothesis. Plus, cats would push everything off the edge and you know it. While sources were not listed, Google (or Bing in my case) is your friend and you can find oodles of articles on Climate Change. Check out Methane levels and decreasing Oxygen levels, very interesting stuff. WARNING! Do not tell your local authorities that you are refusing to mow your grass because of Climate Change. “Nice Try” will be the answer and you WILL get a fine.]